I recall the first time seeing a mass planting of bluebeards (Caryopteris), and later viewing a grouping of purple beautyberries (Callicarpa) bordering a pond covered by bright red leaves fallen from a nearby swamp maple (Acer rubrum). My memory is often hazy, and my attention span so short that too many events pass without registering at all. But, marvels such as these from long ago are not easily forgotten.

I suspect that many gardeners are compelled to plant bluebeards and beautyberries after seeing one or a mass in a neighborhood garden in late summer and early autumn. In recent weeks I’ve written of my fondness for several types of bluebeards (above and below), and regret that I hadn’t space in the garden for more than single plants distributed wherever space was found, for these are truly wondrous when planted in quantity. 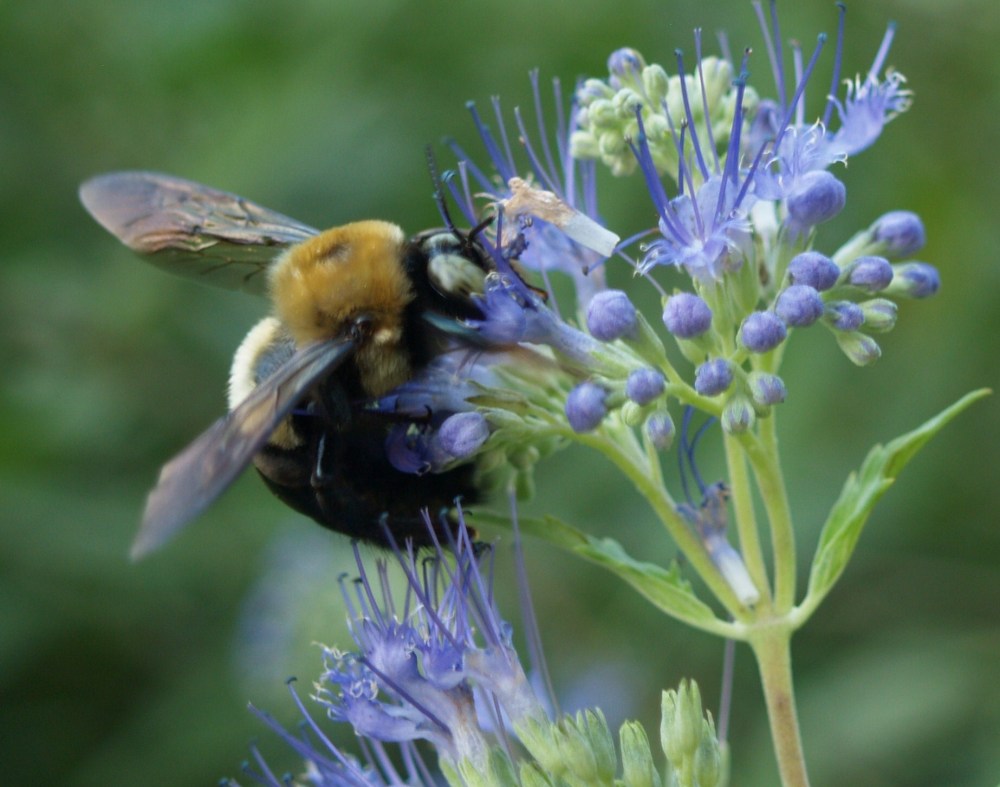 While bluebeards favor a sunny spot, beautyberries adapt readily to part shade, which there is quite a bit of in this garden. With more area to choose from, I’ve been able to plant several groupings of purple and white flowered beautyberries, along with single plants tucked into damp spaces that few other shrubs will tolerate. 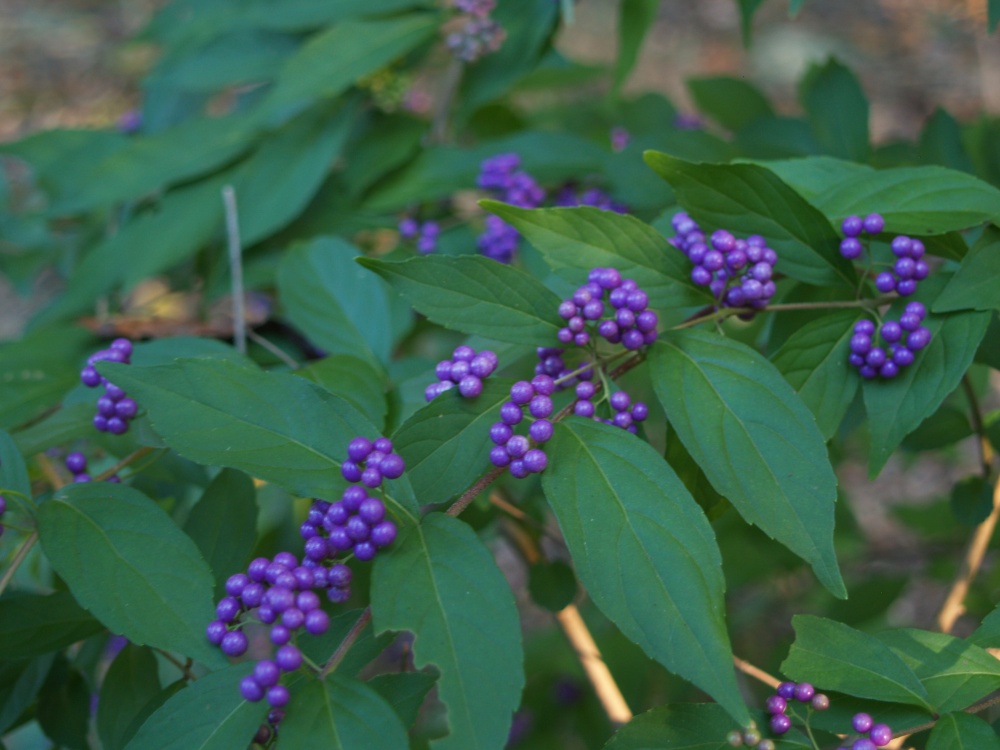 My eye was caught at first by purple beautyberries (Callicarpa dichotoma, above), which are not remarkable in the slightest until berries color up in late summer. The small flowers are insignificant, and the arching stems and plain green leaves are quite ordinary. But, the red berries of hollies (Ilex) and nandinas are no match for the beautyberry’s glossy purple berries. Our native bunchberry (Callicarpa americana) is only slightly less ornamental with dense clusters of smaller purple berries. With the recent emphasis on native plants it is becoming more commonly available, though it is less cold hardy for the northern half of the country.

The white berried beautyberry (Callicarpa dichotoma ‘Albifructus’, above) is less stunning than the purple, but still a lovely plant at the time when much of the garden begins to decline in late summer. The berries are almost lost in the variegated foliage of ‘Duet’ beautyberry (Callicarpa dichotoma f. albifructa ‘Duet’, below), but this shrub earns its place in the garden with attractive foliage and berries.

Beautyberries leaf out late in spring, and half woody branches often require substantial pruning to cut out dead after the branches have leafed. So, the shrubs are most appropriate for the side and rear gardens, though care in placement should be taken so that berries can be enjoyed close up.