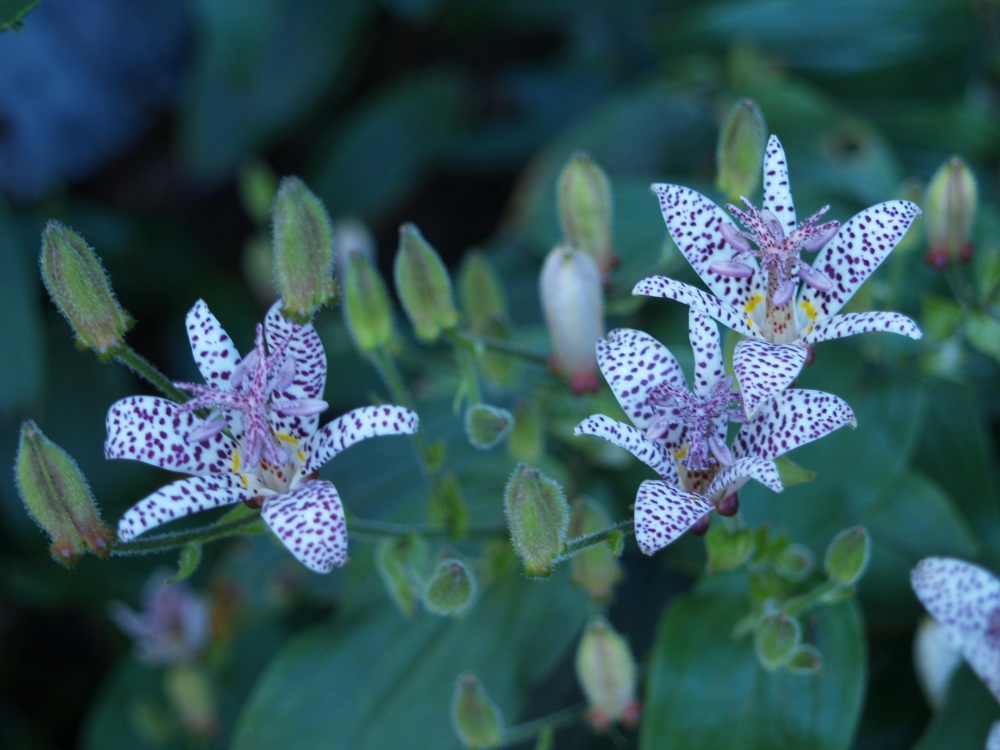 I suspect that family and  friends (and readers?) possibly grow weary as this impassioned gardener prattles on about one plant collection or another. Certainly, others cannot be expected to share this enthusiasm, but with the garden moving into autumn, with frost soon approaching, the gardener is compelled to offer one final update on his assemblage of toad lilies (Tricyrtis). Weeks, then months go by, still they are flowering, and any poor soul who will listen must be preached to. If a gardener cares at all for autumn blooms, toad lilies cannot be lived without.

First blooms of ‘Gilt Edge’ arrived by mid August, with others flowering close behind. As mid October approaches only a few have faded from bloom, and several are now at their peak with buds that will continue to open for weeks until frost calls an end to this procession. Autumn flowering azaleas and camellias are not likely to suffer in a light frost, but flowers and foliage of toad lilies decline overnight. If frost arrives in the next few days as predicted, this will be the last you will hear about them until late summer next year.

With a collection that numbers fifteen or twenty cultivars (I’ve lost track), I can state with assurance that ones commonly found in garden centers (if they are found at all) are the best, most floriferous, and with a form that is more compact and least likely to flop. ‘Sinonome’, ‘Empress’, ‘Blue Wonder’, and ‘Miyazaki’ (above) should be adequate choices to please any but those kooks who must have one of everything no matter that ones less common also have fewer outstanding qualities. It will surprise no one who reads these pages that I am overjoyed by ones not listed above, no matter that they flop, or that they grow tall and spindly. Each toad lily, common or not, is prized, and though I hesitate to recommend Tricyrtis latifolia ex. Sichuan 1735 (below), I marvel each time I see it (everyday).

Though they barely survived into a second year, and have yet to show signs that they will thrive, I rejoice that two yellow flowered toad lilies flowered several weeks ago after several prior failures. Other newcomers, planted a year ago and earlier this year, have managed nicely, and in another year I have little doubt I’ll be researching which is which so they can be featured as I wear patience thin once again. 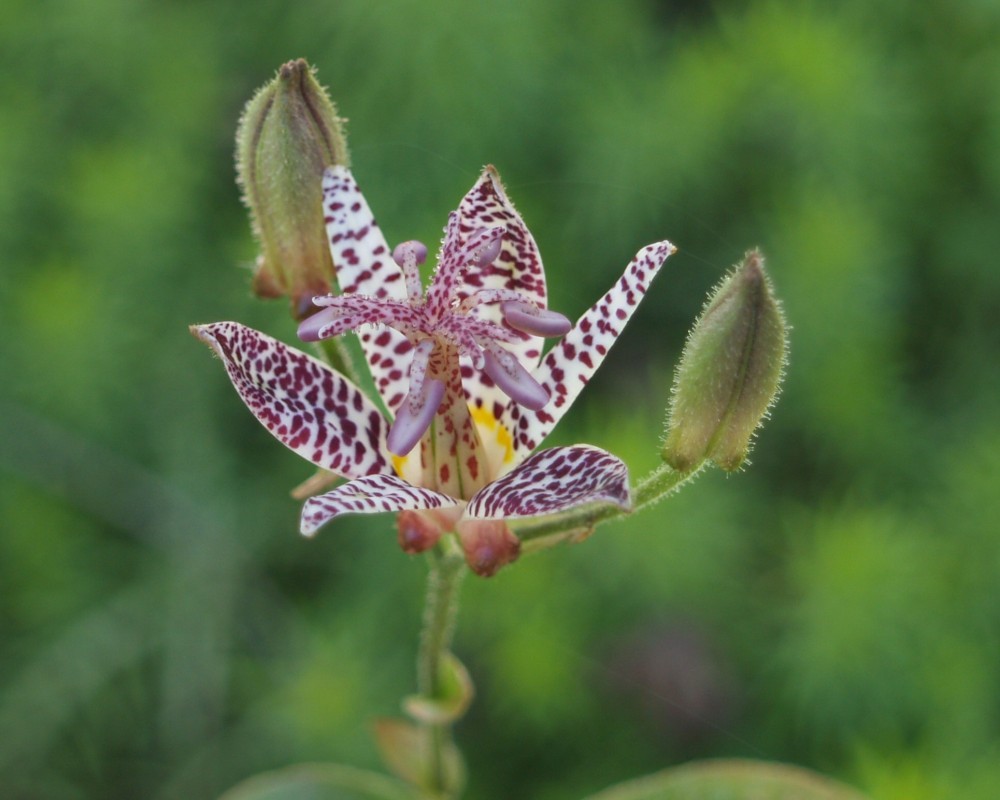