Flowers of many hellebores are nestled close to the crown, beneath large leathery leaves, and thus are best viewed once the evergreen foliage has been removed. Typically, organized gardeners will remove leaves in December, long before flower buds grow fat and the chore becomes somewhat more difficult.

In this garden, if there was ever a year that this was accomplished before mid February, just before flowering, I don’t recall, and most likely I’ve never bothered until the last possible moment. Delaying this chore results in only a small amount of increased labor, but occasionally a flower or two are snipped off in the gardener’s haste. 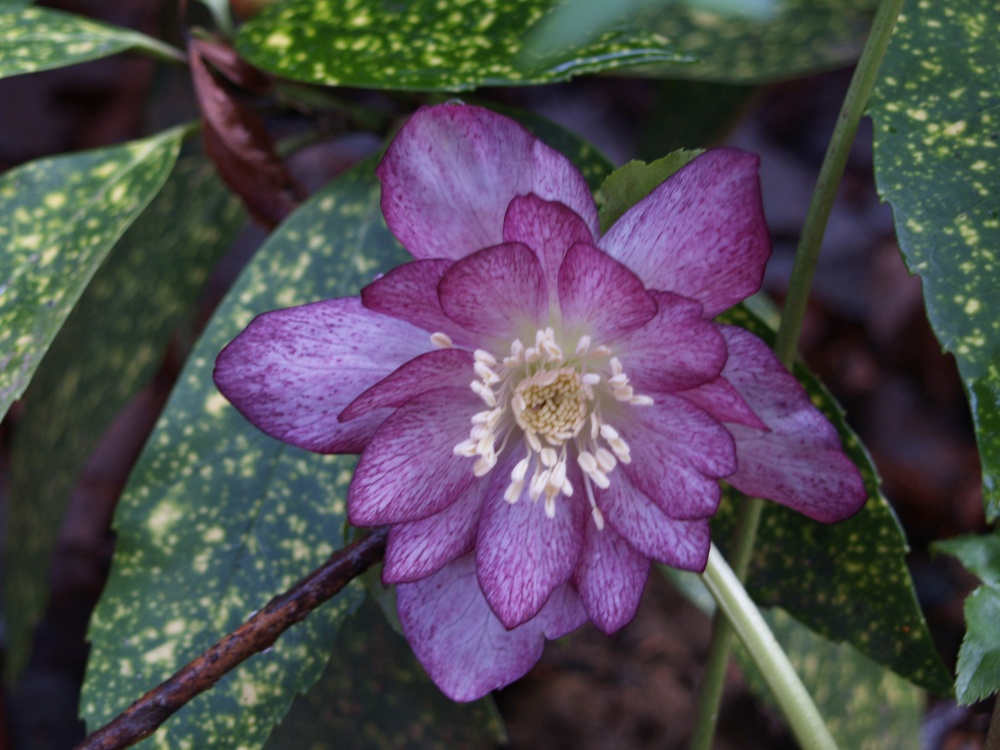 In this so far very mild winter, flower buds of hellebores were prominent early in December, and as soon as a bit of color was observed, another week of warm temperatures pushed them into bloom. So, for once with good reason, no leaves have been sheared, and surprisingly, flowers on only a few hellebores are partially obscured.

Many early flowering hellebores are hybrids with crosses from the Christmas rose (Helleborus niger), and breeders have selected plants with flowers that stand more erect than the nodding blooms of older varieties, and are more upward facing so that they stand above the leaves. In this garden, there are hybrids, and since hellebores cross pollinate promiscuously, there are dozens of seedlings with flowers colored from green to the darkest purple.

In early January, only a few hellebores do not have flowers or prominent buds, and if continued mild temperatures do not damage leaves, this could be the odd year when foliage is not removed at all. 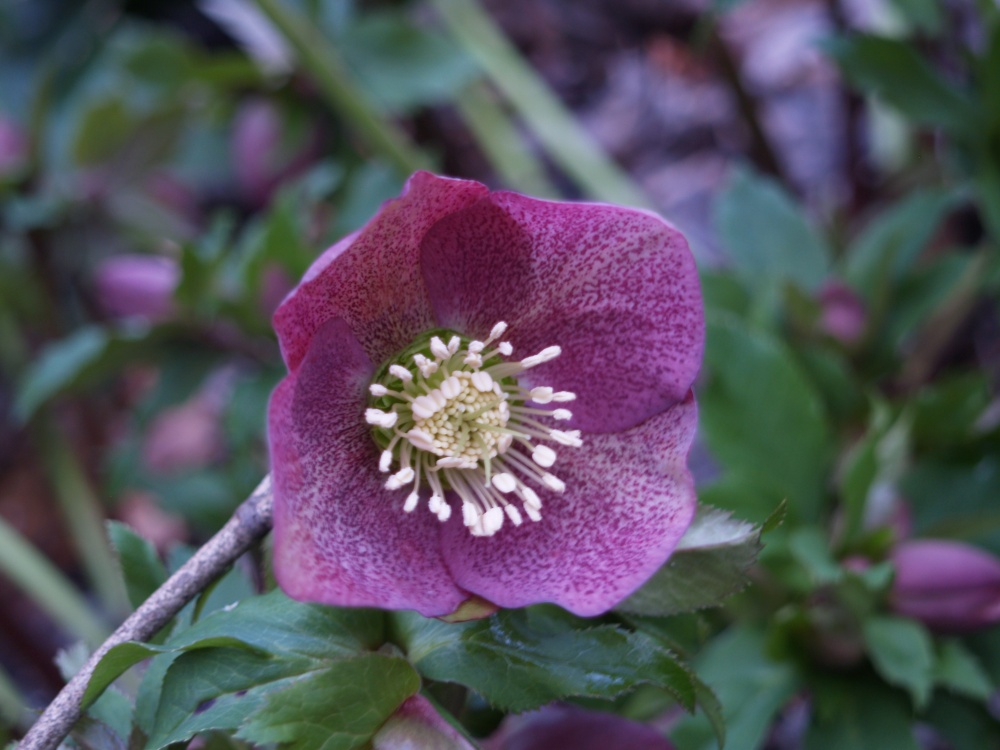